Man’s best friend – Machine – Now and in the future 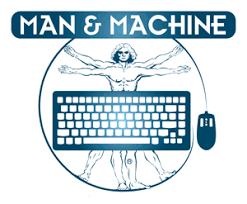 There is a lot of talk about machines taking over the whole world and some even go to the extent that they will destroy humanity. Let us look at some facts of what the current status of intelligence of machines is, widely referred under an umbrella called Artificial Intelligence (AI).

AI research has been going on since the sixties (1960) but went into a slow motion for 30-40 years. Now the topic has become hot again. In the last fifteen years, a lot of progress has been made in this area, but we have just seen the icing on the cake. You are already aware of how machines are making our lives better. For example:

Alexa, Siri, Cortana, Google are all voice-controlled machines. There is a learning Algorithm behind this. Driverless cars are becoming mainstay in developed countries like US. Drones using visual recognition and GPS (Global Positioning System) navigate to corners of the planet to deliver goods or aerial photography. Ecommerce vendors use recommendation algorithms to boost their sales.

These are just some examples of how the Algorithm is becoming useful for our betterment. Companies like Amazon, Google, Microsoft etc have made our lives easy by giving us platforms (a rich set of libraries) on top of which we can build our code. So, the spade work has been done at the bare metal level. For example, Google provides Speech API (Application Programming Interface – Libraries in short) using Natural Language Processing, Vision API (Say to recognize a cat from a dog) and they are improving this layer. Applications are built on top of this layer (Like Keras on top of TensorFlow). So that’s roughly where we are.

Now, where are we headed? The disruption has already begun. In the future, there will not be a single area where Algorithms won’t be there. Machines are becoming smarter (don’t worry, there won’t be a doomsday, if we all play our cards right) and they will exceed the IQ of humans by 2040, or maybe earlier. So what is there to worry about ? Nothing. Machines will augment us to become better humans. Occasionally you may find a freak accident (but machines are becoming more and more error free) or some bad nutcase writing an Algorithm which can be detrimental to us. However, if we stand together abiding some regulations (yet to be implemented) and make our systems bulletproof (using the same machine Algorithms) we will reach a stage where man’s (Woman’s) best friend will be a machine, not a dog.

Still, with all this progress, the human brain remains an enigma. We are the most powerful multi-purpose computer on the planet, which no machine will ever replace. I see the birth of a new world – a world where we all bury our differences, be little more empathetic and inclusive in our approach. And this is what machines will help us achieve. The biggest discovery or the challenge of the century is not a machine which is smarter than us but we, becoming aware of our own nature.

“When we realize ourselves, we see us as children of God”

And in this journey of awakening, machines will be the biggest facilitators – the short cut towards purity (God).

Techno Spiritual Entrepreneur with over 30 years of experience in the IT industry. Author of 5 books, trainer and consultant. Seeker of the truth - inclined towards spirituality and technology. Also, love to read and write inspirational stuff.

Being human in the age of AI

Being human in the age of AI Human beings are made up of stories. Every human is a story playing out his/her memory in the arrow of time. These stories are nothing but our karma which gives rise to our habits or rituals. The more, certain types of karmic impressions, the deeper the habit. However, […]

Data, Program and the Mind

Data, Program and the Mind Everything inside and outside is data. A program is also data but of a special kind. For those who understand the difference between data and program, they are termed as processors. There are many types of them around, each to its specialization. For example, an ADD instruction in an Intel […]

Man-Machine intersection Painting is what you see. Poetry is what you feel. Inside every painting is a flow. Some of us resonate with it. Some don’t. For those of us who do, we get a distinct feeling. And that is the poetry hidden within the painting. Similarly, when we read a poem, we are looking […]